The store will not work correctly in the case when cookies are disabled.
Custom Engraving | Free Shipping
Menu
+1-888-602-6862

Are Wedding Rings Mentioned in the Bible?

Wedding bands don't directly have any historical religious significance but there are many modern spiritual interpretations to their usage. Historians believe that wedding ring usagen originated from very old Roman traditions, prior to Christianity. During the 1st century, it was very common place for the rich and wealthy to wear multiple rings to show their status and rank in society. This detail may be represented by modern wedding bands as showing prosperity and good fortune for the marriage.

Although wedding bands aren't directly mentioned in the Bible, other types of rings are mentioned throughout many passages, particularly in Genesis. Abraham's servant gave Rebekah a nose ring to claim her as Isaac's bride (Genesis 24:22). Joseph received a signet ring from Pharoah as a symbol of authority (Genesis 41:42).

Historians generally agree that Egyptians started the custom of using wedding bands for the purpose of marriage. The first wedding ring ever is believed to simply be grass twisted into a circle. This kind of grass weaved wedding band being too weak lead to further uses for better structure, including reed, hemp and wood rings. As we move into modern times, metals/precious metals such as tungsten wedding bands and gold wedding bands became staple due to their strong qualities. 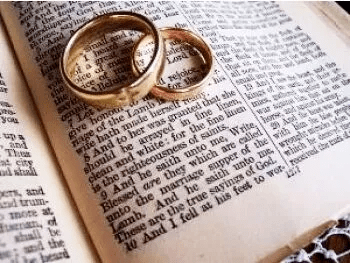 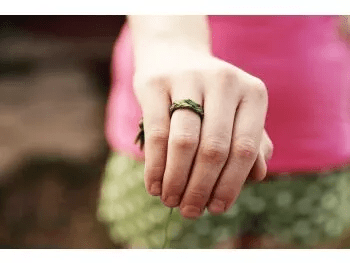