The store will not work correctly in the case when cookies are disabled.
Custom Engraving | Free Shipping
Menu
+1-888-602-6862

St. Patricks Day is around the corner and we wanted to acknowledge our most popular green-related tungsten rings and wedding bands.

Saint Patrick's Day is also known as the "Feast of Saint Patrick" and is celebrated on March 17, the original date of Saint Patrick's death. Saint Patrick was a patron saint of Ireland, which meant he was regarded as a heavenly advocate of the nation. It is traditional to wear green attire or shamrocks on this day because St Patrick used shamrocks to explain the Holy Trinity to the pagan Irish. The color green has been associated with Ireland since the Green Harp Flag in 1640 representing the 17th Century Confederacy of Ireland. 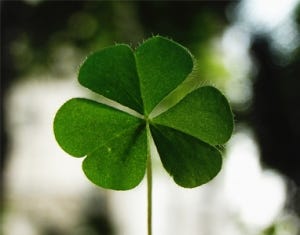 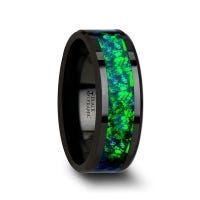 The Pulsar is a dark and exquisite piece of emerald green and hints of sapphire blue opal. 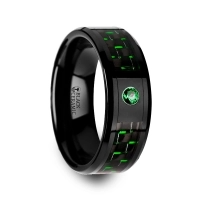 The Hadar is a timeless carbon fiber inlay ring with a matching green emerald setting. 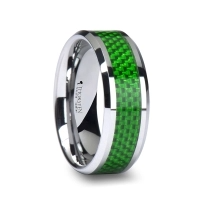 The Vermont is an all emerald green carbon fiber inlay wedding band with polished beveled edges. 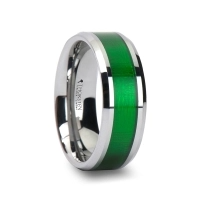 The Vardon has a solid textured green inlay and is the perfect ring for any green color lover. 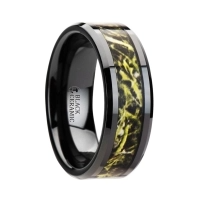 The Everglade is a modern green march camo inlay ring and is perfect for hunters and outdoorsman.